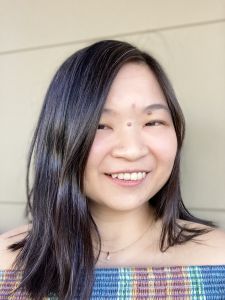 I write on translation and literature from the twentieth century to the contemporary. At the heart of this work is an affinity with ‘weak’ translations: literary, illegible, or provisional in their claims to meaning and attention.

My first book project examines the politics of translation embedded between the Chinese and English languages, Asia and America. It argues for a surprising shift from translation as a management of linguistic and cultural difference to what I call a speculative poetics of equivalence in the long twentieth century. For the writers I study, at stake in this poetics is the erosion of entrenched histories of political exceptionalism, ethnic typology, and futural politics: forms of abstraction that have come to consolidate what we now call the Pacific century.

My second book project conceptualizes how translation has become a vernacular, taking seriously the improvisatory and often intimate practices—from cross-lingual negotiations in colonial and migrant lives to the contemporary fascination with machine translation—that position translation on the sidelines of institutional knowledge-production and linguistic mastery.

I was born and raised bilingual in the Southeast Asian city-nation of Singapore, and have been working in the United States since 2009. As pre-tenure faculty, I am not directing dissertations at this time.